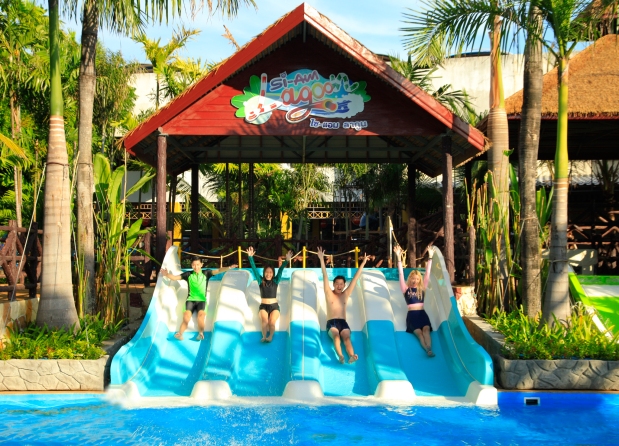 In this new update, we will be looking at a nice expansion at Siam Park City, a new kid area at Mont Cascades, 3 exciting slides at Frontier City and a reborn park in Wet n Wild Toronto.

Siam Park City is located in the suburbs of Bangkok, Thailand and is a large facility featuring both an amusement park and water park.  The water park features a great wave pool and lazy river along with two slide complexes; Proslide was called in to install a new family area featuring a RideHouse 300 along with a 4 lane KIDZ ProRacer, MiniRiver and KIDZ Twister, collectively called Si-Am Lagoon.  The RideHouse features the region first installation of the KIDZ Bowl 14, which is quickly turning into a staple of kid’s area around the world. 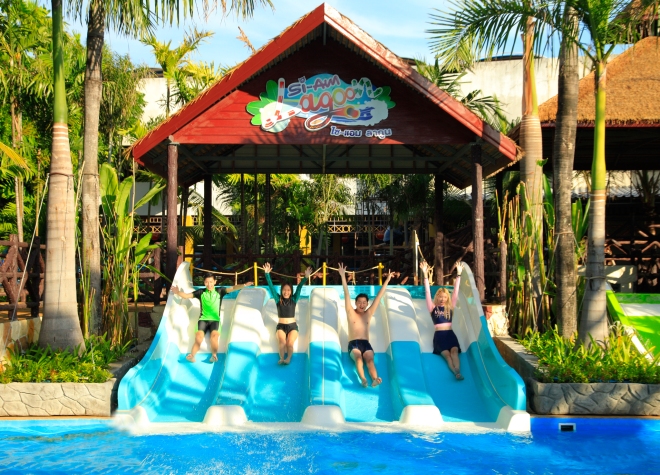 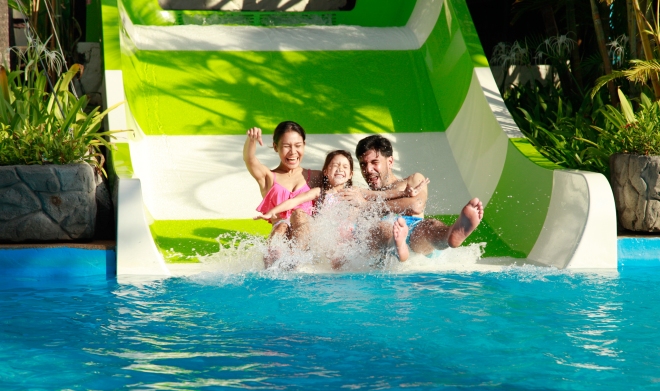 Guests coming down the MiniRiver. 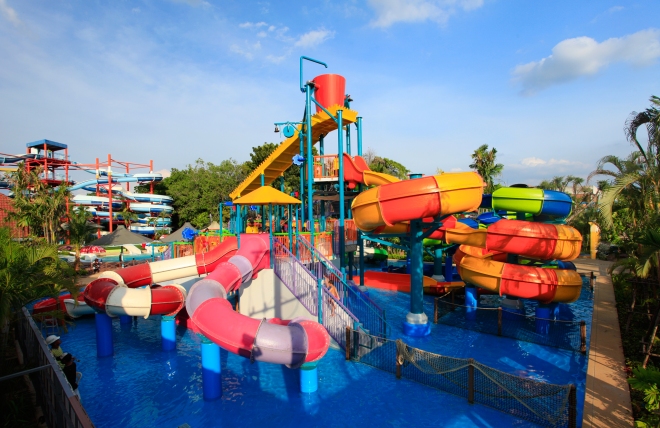 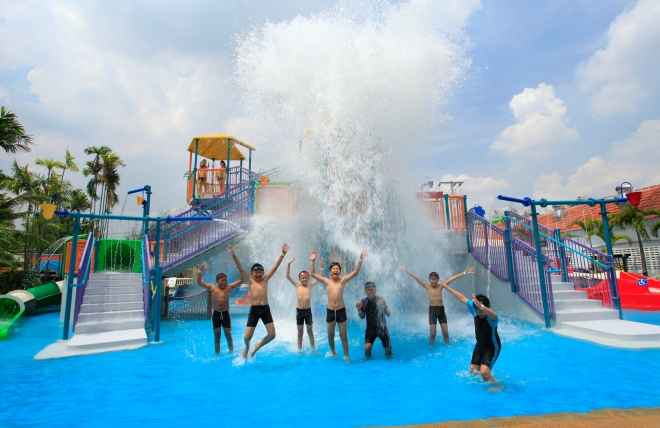 The large wave created by the tipping bucket. 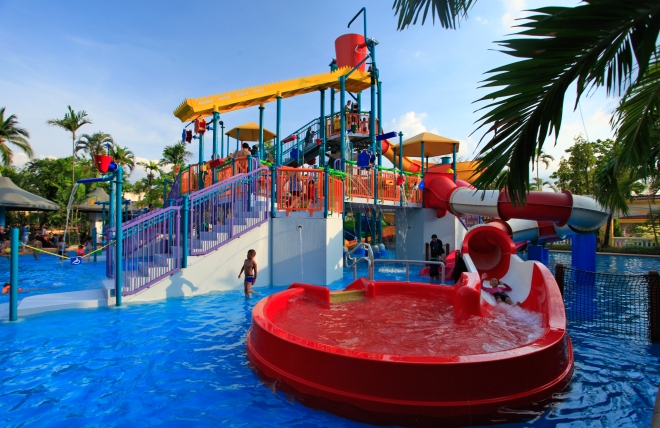 Mont Cascades has an interesting distinction that we’ve touched on before: it is literally Proslide home base as they share the same owner.  This year, after adding a MiniRiver to the existing kid area in the past with great success, the mountain area under the Black Magic/Rapid River slides will be transformed into a new complex of kids slide.  3 slides are currently planned, all smaller versions for younger guests of slides at the park:  Mini ProRacer is a 4 lane KIDZ ProRacer, Mini Twister is a smaller version of the Turbo Tunnel and Mini Vortex a KIDZ Bowl 14. 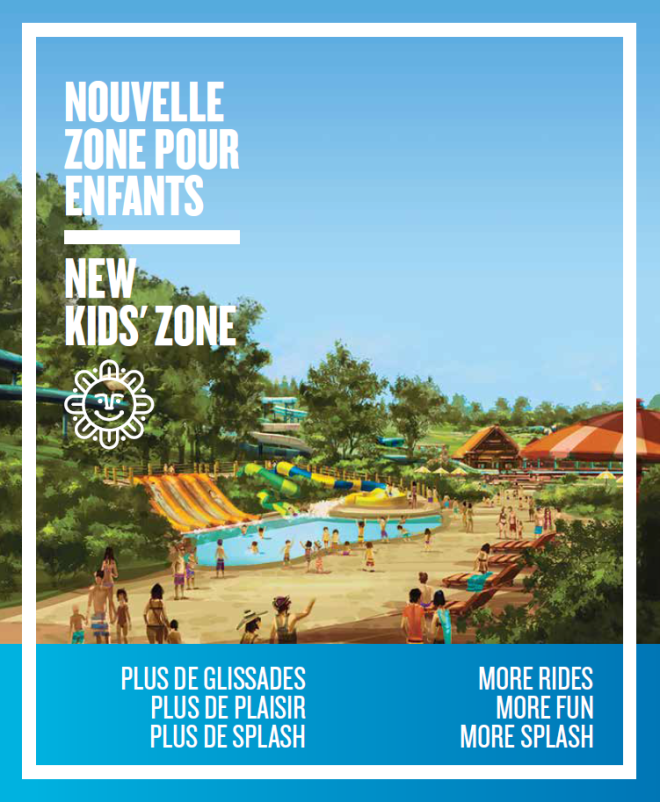 What is even better is that the height restrictions were revised for the 5 existing slides so that they align with the new ones:  any child under 52 inches will be allowed to experience them, giving guests that are barely above 48 inches tall who are still too scared to ride the big Vortex or Tornado Alley access to slides they are familiar with.  By the time they reach 52 inches, they will have built up the courage to ride the big ones. 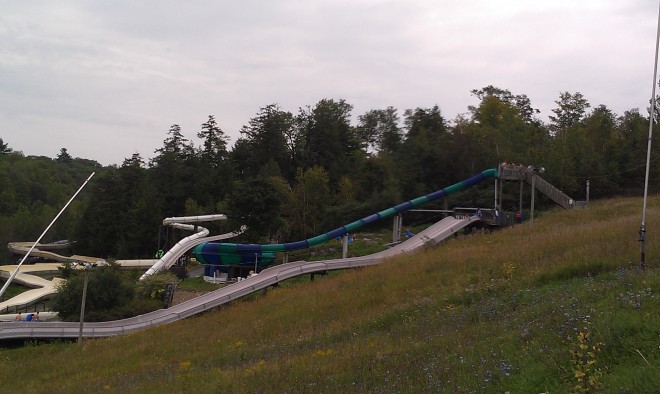 The Vortex and ProRacer at Mont Cascades.

Frontier City is Oklahoma main theme park and in an interesting move, added a water play area back in 2012.  The same owners already operated another waterpark in Oklahoma City as well, but it White Water Bay is located 15 miles away from the amusement park.  The new operators of the park, Premier Parks, saw an opportunity to diversify the park at an acceptable cost in 2012 when they converted a parking lot into the Wild West Water Works, an eight slides water play area with a tipping bucket.  Changing room facilities were also built along with a new dining facility called the Silver Spurs. 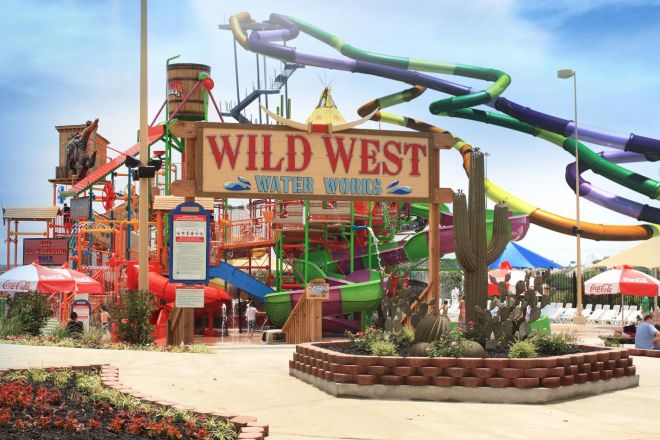 Frontier City sent us this photo of the existing Wild West Water Works with the new slides added in the background.  Frontier City

This worked out well enough that more land was cleared in 2016 and a new 6 story tall tower constructed on the land behind the existing facility.  Land was also cleared behind the lift hill of the Wildcat roller coaster and Proslide designed a 66 feet tall custom TurboTwister complex with 3 slides.  All 3 slides combine for a 1249 feet of flume and will be an exciting addition to the park. 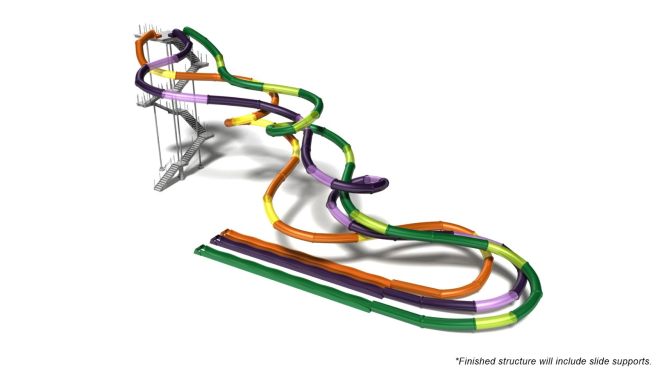 Frontier City provided us with this concept art of the new slides.

Wild Water Kingdom was a waterpark in Brampton, ON that suffered from nearby competition and had troubles modernising themselves to attract a new crowd.  The park did feature great assets such as a large wave pool and 3 Proslide Pipeline tube slides, but it eventually closed down.  Premier Parks, the same owner as Frontier City, purchased the property and decided to rebrand it as Wet n Wild Toronto.

For the grand reopening in 2017, the whole roster of attractions was looked at and Premier retired some slides such as the extreme body slides due to age.  The rest of the attractions in the park were repainted and Proslide called in to install 2 large complexes and add a Cannonbowl slide to an existing Pipeline launch tower. 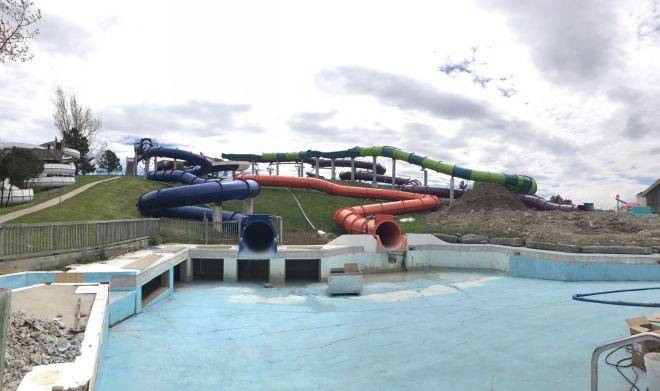 Wet n Wild Toronto provided us with the following pictures of the work currently underway at the park.  In this picture, you can see two of the existing Pipeline tube slides.

The headlining attraction is the Caribbean Chaos, Canada’s first TornadoWAVE 60 installation.  It will share its tower with Krazy Kanuck, a Mammoth family raft slide.  The other complex will feature two SuperLOOP with SkyBox launch capsules.  Named Oh Canada!, they will wrap around the Klondike Express, a  4 lane OctopusRacer. 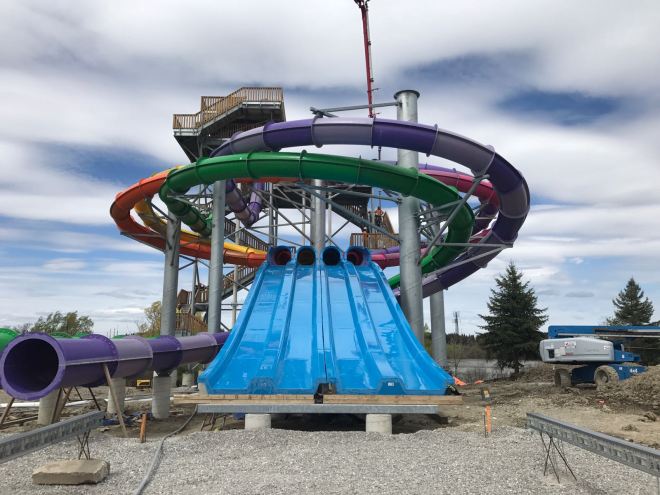 The Cannonbowl 40 slide will be installed next to the old Nightrider tube slide, now renamed the Hurricane.  Wet n Wild Jr.  is a new paradise for kids that replace a smaller facility.  A RideHouse 100 and independent slides will compose that high capacity area.  In addition, a new RideHouse 500 called Bear Footin’ Bay will also open on the other side of the entrance area. 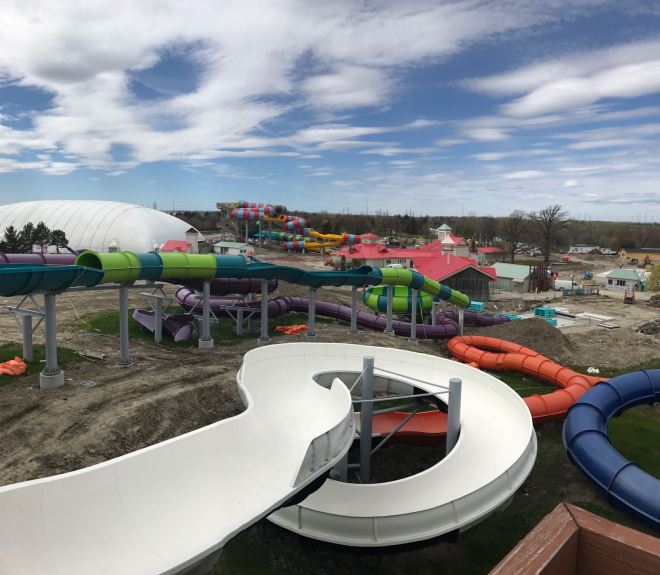 You can see the existing purple Pipeline slide and the new green Cannonbowl 30 slide over it.