1999 was a huge year for B&M, as 9 roller coasters opened and four of those were Inverted roller coasters. The first one to open was Top Gun: The Jet Coaster at Carowinds (Charlotte, NC).  The ride was rumored to have had a Godzilla theme, but since the movie released the previous year was not the expected success, they went with a proven name.  For this ride, the station was themed to Fightertown, USA and the main queue in an aircraft hangar with a scaled down model of an F-14 Tomcat fighter in the middle.  The ride colors were selected to be gun metal grey for the track and dark blue for the supports.

Construction was quick and without issues, as only a single ride had to be removed and no trees or buildings had to be demolished.  The Wild Bull (Schwarzkopf Bayern Curve) was put in storage and the ride opened with no issues on March 20th 1999.  The ride starts with a 113 feet tall lift hill and at the top, the train dives down to the right and reach 62 mph at the bottom of the drop.  You then go through a 90 feet tall vertical loop, an Immelman and a Zero G Roll.  The Zero G Roll takes us under the lift and what follows is the second B&M Batwing.  Like on Montu, you go underground at the bottom and after the train exits, it goes over the pre lift track in a spectacular airtime hill and then the ride ends with a Flat Spin and the final curve into the final brakes.

Flex took this picture of the Vertical Loop. 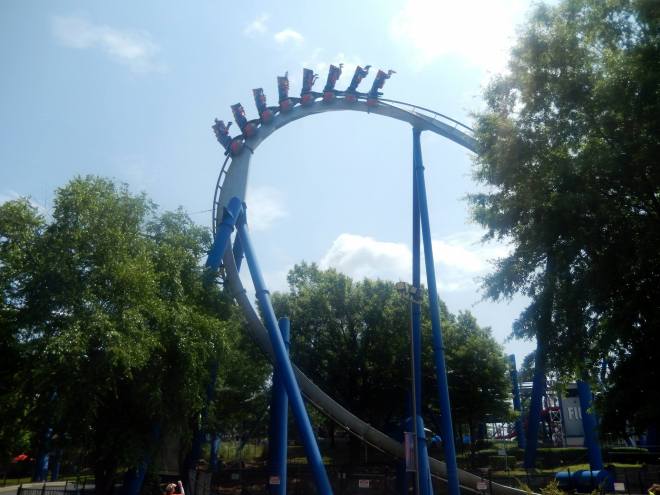 David Stepanek shot this picture of the Immelmann.

Flex shot this picture of the Zero-G-Roll.

The train exiting the Zero-G-Roll and going toward the camera.  This picture appears courtesy of David Stepanek. 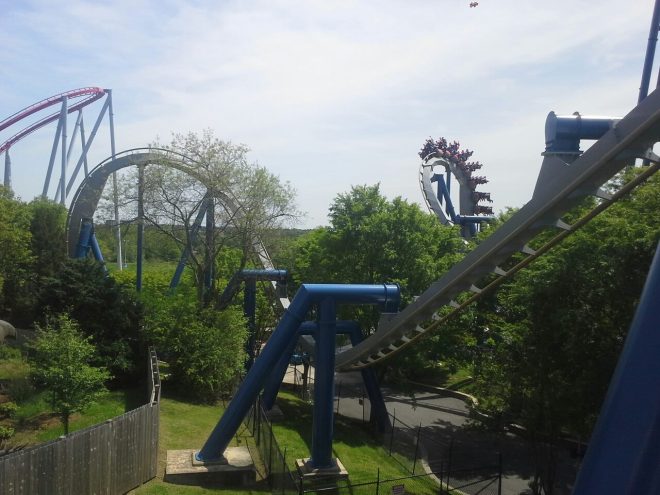 The half underground Batwing. 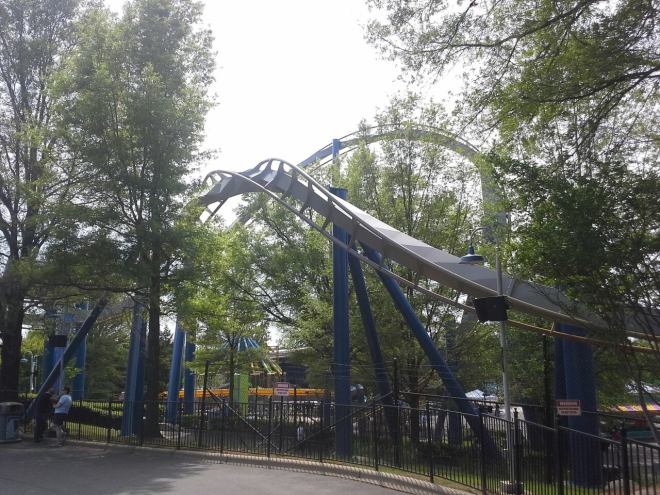 The Flat Spin, very low to the ground.

The train twisting its way through the Flat Spin.  This pictures is from Flex.

The ride layout was brilliant as it combined all the great parts of Montu in a more compact and intense ride.  It also is not brakde throughout the course and the ride is very popular with park guests.

In 2006, after Cedar Fair bought Paramount Parks, the ride was renamed to Afterburn  and the change was effective in 2007 along with a new logo.  The theming remained.  In 2012, the park planned to repaint the ride to red and blue, but they instead went with a refresh of the ride original colors. 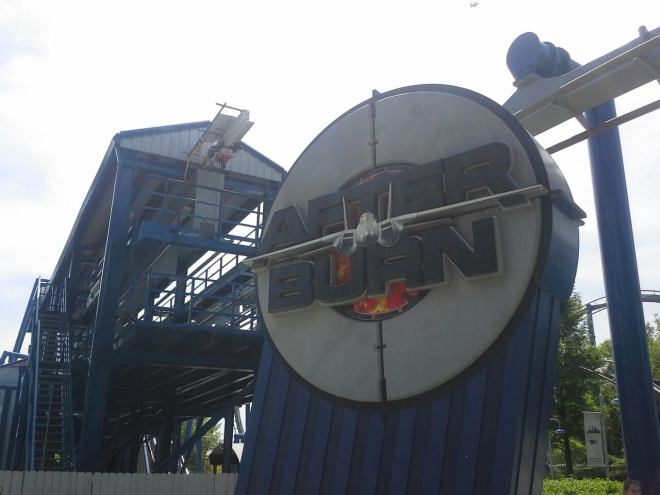 The new ride logo and the transfer track on the left.