In 1986, Dollywood (Pigeon Forge, TN) installed the Smoky Mountain River Rampage near the Rivertown Junction area.  The ride was designed by the Silver Dollar City Corporate Design Team and manufactured and installed by the Dollywood Maintenance and Construction Team.  The unique rafts have 6 seats and molded custom headrests with tall extensions for the comfort of its guests.

The lift hill is at the beginning of the 1200 feet long river and the course width varies between 12 and 14 feet wide.  The course features a lot of beautiful rockwork and a beautiful section of waterfalls in the middle.  Toward the end, there is a disappearing water curtain gag, a water geyser and a waterfall that get every rider wet before they disembark.  Unloading and load at the ride is done by stopping rafts in the straight station.

The start of the Smoky Mountain River after the lift hill. 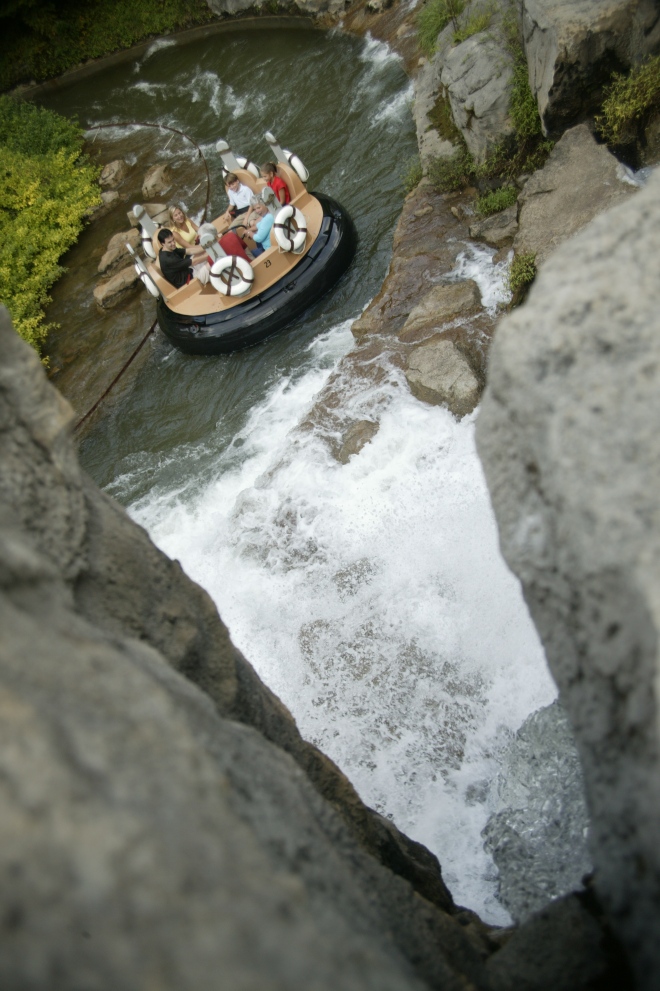 A raft going around a river bend. 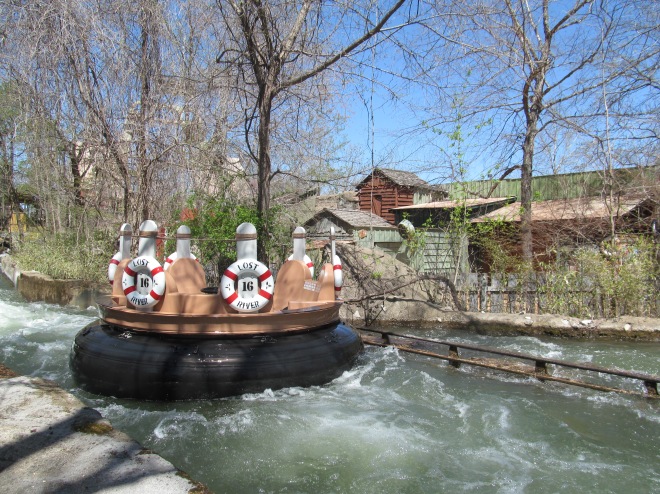 As you can see, the rafts are quite similar to the ones at Dollywood.

A look at two sections of the Lost River. 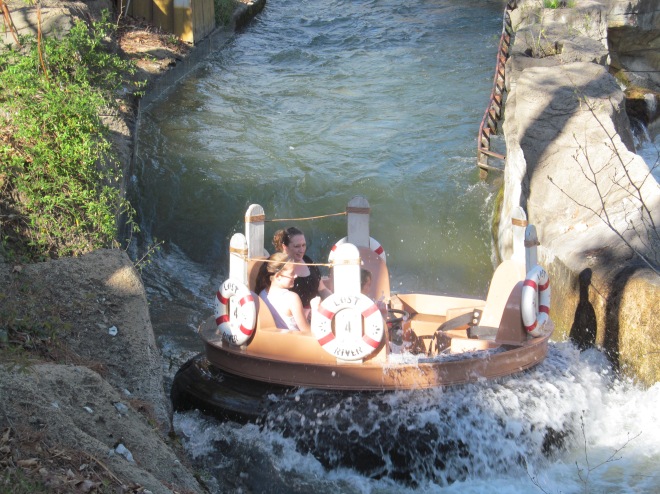 A boat going through one of the dip in the river. 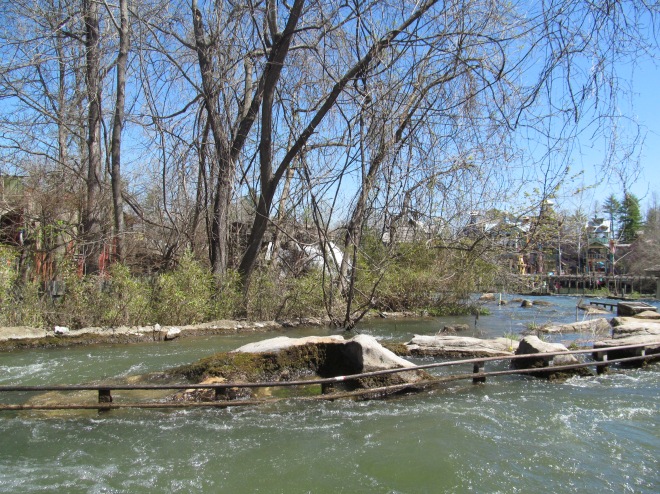 A section at Silver Dollar City is quite wide, as you can see in this picture. 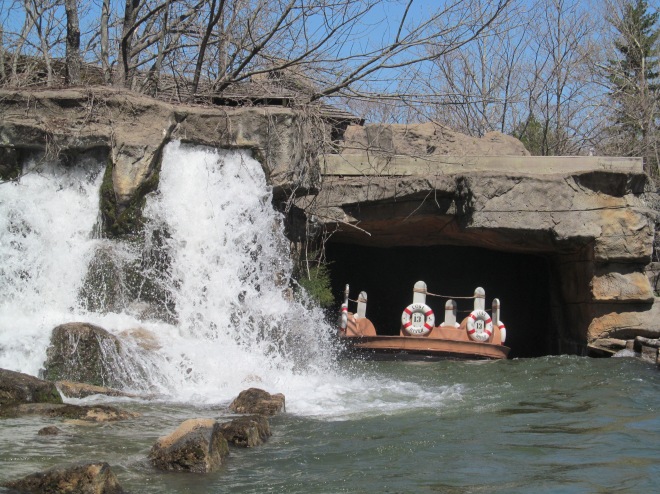 The entrance to the cave.  A nice rapid surprise riders right after plunging into darkness.

There are a few differences between the Smoky Mountain River Rampage and the Lost River of the Ozarks. The Lost River course is a little faster in parts and the station and last portion are enclosed in a cave structure.  Both feature excellent rapid sections and a very active river.  River Rampage has more waterfalls.

One thought on “Rafting in the Ozarks and Smoky Mountains: Part 11 of our look at River Rapids attractions.”