Park Vault had the chance to speak with Chick Russell (https://www.chickrussell.com/), who was part of the initial design team for Tokyo DisneySea and designer of the Mediterranean Habor and American Waterfront.  His company overview follows:

The company was founded by themed entertainment veteran Chick Russell who brings over 25 years of Walt Disney Imagineering and Universal Parks & Resorts international expansion experience to his clients.

When Tower of Terror was selected as a new attraction, he was asked to write an original script for the attraction that would tie in with the idea behind the park.

Over the Waves, at Dockside Stage. 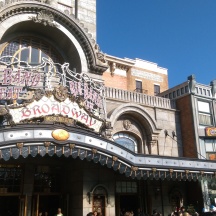 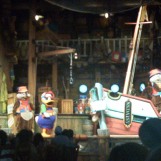 The park’s theme is one where each land is tied to the sea, inspired by literature, history, and films.  Tower of Terror was to be the second attraction in the American Waterfront, as the land focused on gorgeous and elaborate stage productions and shows.  As lead designer of the land, Chick Russell knew the idea and atmosphere entirely, and his story was as follows, tying to the existing shipbuilder lore he had dropped in the American Waterfront.

S.S. Columbia with a tug boat in front 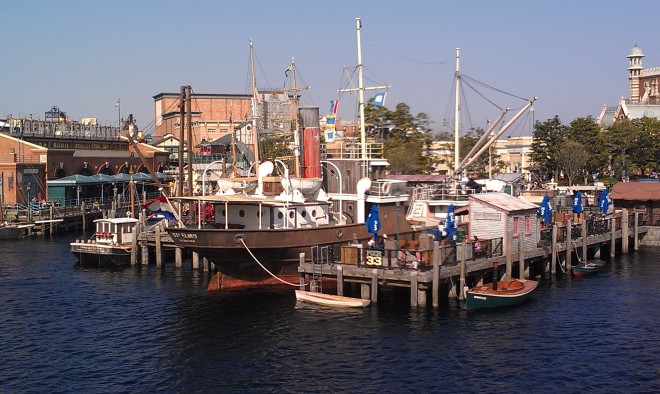 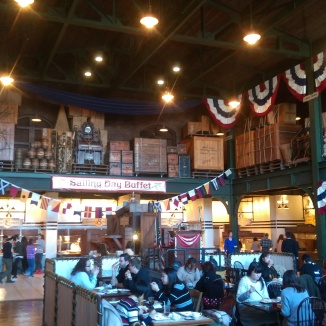 Sailing Day Buffet, located inside the warehouse near the docks.

One of the top shipbuilders in New York made a lot of money building boats out of steel.  He wanted to leave his mark on the city and show his expertise with steelworks. As such, he decided to build one of the first steel highrise buildings in the world.  Alas, tragedy struck, and he passed away during construction.  His death would be the explanation behind the supernatural events happening during the attraction.

Walt Disney Imagineering ultimately went in another direction, selecting the Hightower Hotel storyline and hotel appearance; Chick Russell’s vision would have fit in perfectly as well.