In 2002, Disneyland Paris opened its second gate, the Walt Disney Studios.  The headliner attraction on opening day was a new version of the Rock n Roller Coaster, themed this time to a new way to experience music.  The park appearance on opening day was of a working backlot, so the ride’s gravity building was not hidden, and the theming on the outside consisted of a lighted billboard.  An Aerosmith tour bus completed the look.

Close-up of the facade

General look at the facade

The outdoor Queue consists of a covered patio, with a playlist of eighteen songs playing.  Entering “Tour de Force Records,” the Queue was similar to the Florida version, with signed guitars and gold albums from famous artists.  The ride was one of the first to be designed with Fast Pass in mind, so the merge point was easy to manage for the cast members, joining right before the pre-show. 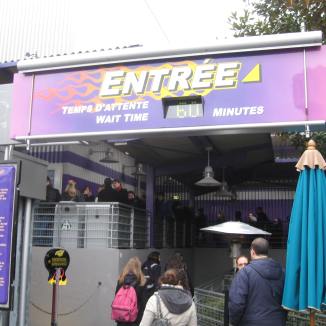 Entrance to the fast pass line 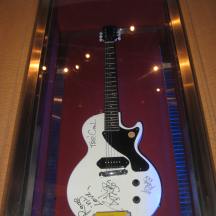 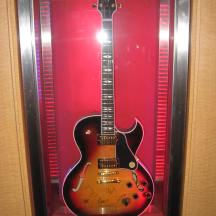 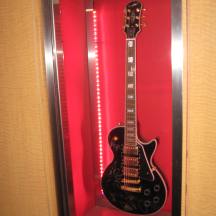 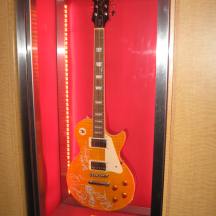 Once both queues have joined, guests wait until the pre-show doors open.  The pre-show is much shorter here, with the band minus Steven Tyler working on the music of the new attraction.  An incomplete model of the ride can be seen, showing half of the Sea Serpent in front along with the Corkscrew on the right.  Steven Tyler enters the studio, saying, “What a ride, what an experience” while showing what he felt on the model.  He segues into the “Going down” section of the Love in an Elevator song.  Next, the announcer comes back on and tells us that they are now ready for us at the attraction.

Exiting the pre-show studio, guests proceed to the launch section, themed here as a high tech studio with lights and sound effects.  The trains here are what could best be described as limousine/audio system hybrids, called “Soundtracker.” 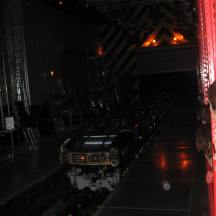 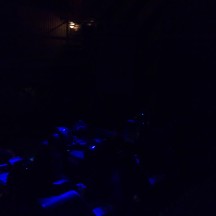 We see the soundtrackers exit the loading station and round a curve.  They park themselves on the launch track, before launching away.  The Queue goes by a mock control station, next to the real control station, where cast members monitor the attraction.  We hear various crew members talking about light and sound adjustments currently underway.

The ride system is a clone of Florida’s Rock n Roller Coaster, with five trains total.  Four are present at the attraction at all times, with a difference here: each Soundtracker has its music and light show.  They were as follow with the color being the main one seen during the attraction: 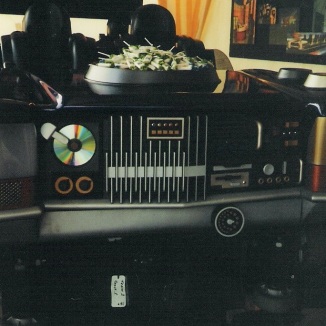 The first public photo of the soundtrack, shown in 2001

Side view of the side tracker

While guests are sitting down in the Soundtracker, they hear a safety message in French and English, similar to what Space Mountain: De la Terre a la Lune started doing.  Once the restraints are checked, the train is dispatched to the launch area.  One of the voices we heard in the Queue simply says, “Soundtracker pret pour le lancement” (Soundtracker ready for launch), leading to the Steven Tyler launch countdown, timed with the electronic billboard on the left.

Launching from 0 to 57 mph, the soundtracker pass by strobing lights, entering the Gravity Building.  Whereas Florida’s Rock n Roller Coaster has painted sets and billboards, the theming here consists of lighting trusses, smoke, and the light show customized for each Soundtracker. 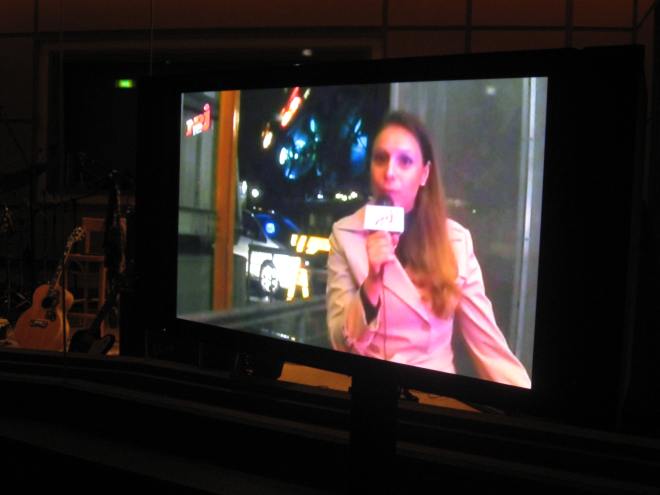 For the 2010 and 2011 Halloween season, Disneyland Paris ran the Terrorific Nights at the Walt Disney Studios.  Rock n Roller Coaster received a new preshow explaining the dissapearance of a singer recording at Tour de Force Records.

Rock n Roller Coaster closed in Paris on September 2nd, 2019, as Tony Stark from the Marvel Universe is taking over Tour de Force Records, with the ride rethemed to Iron Man.  The theming, as well as the preshows will be upgraded, along with a reconfigured queue line that will include a single riders queue.  The train’s first and last cars will be modified to fit the Marvel makeover, along with a new paint job.