Himeji Central Park opened in 1984 in Himeji, Japan.  Himeji is located in Hyogo prefecture around 40 miles west from Osaka and is famous for the historic Castle in the center of the city.  Himeji Castle is the largest castle in Japan right now and in 2015 came out from 5 years of extensive renovations and looks incredible.

A nice view of the Himeji Castle. Picture appears courtesy of Flex.

The Castle still has its moat. Picture appears courtesy of Flex. 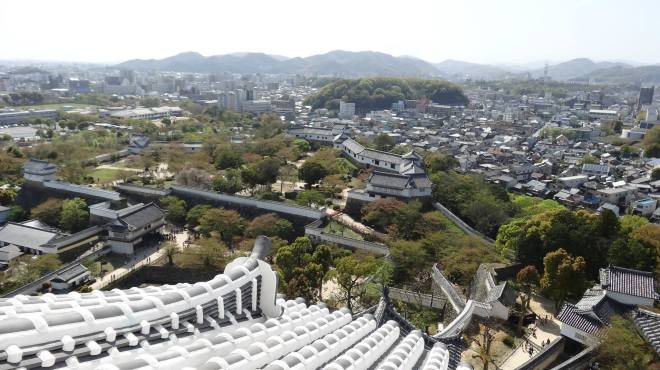 Nice view from the Castle Dungeon of Himeji. Picture appears courtesy of Flex.

Around 30 minutes outside of town by bus or taxi, Himeji Central Park was constructed as a combination Amusement Park/Safari Park.  The Safari Park is the only one in the Kansai area and this is a large selling point, but the amusement park with 5 roller coasters is also quite popular.  It opened in 1984 with one roller coaster:  the Camelback Jetcoaster, which like all Japanese Jet Coasters consist of long shallow hills and wide turns. 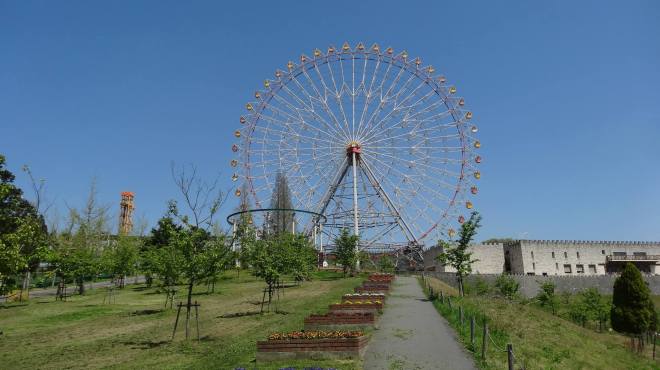 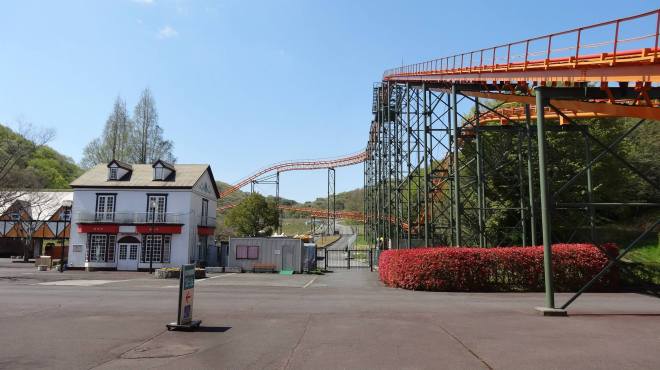 Throughout the years, it opened two more family roller coasters, but in honor of the park 10th anniversary, they went in a completely opposite direction.  The result was Diavlo, the first B&M roller coaster in Asia, which also make it the first Batman clone outside of the US.  For the colors, they went with black track and supports and unpainted running rails.  There is no particular theme to the ride and the ride station building consists of a black metal building. 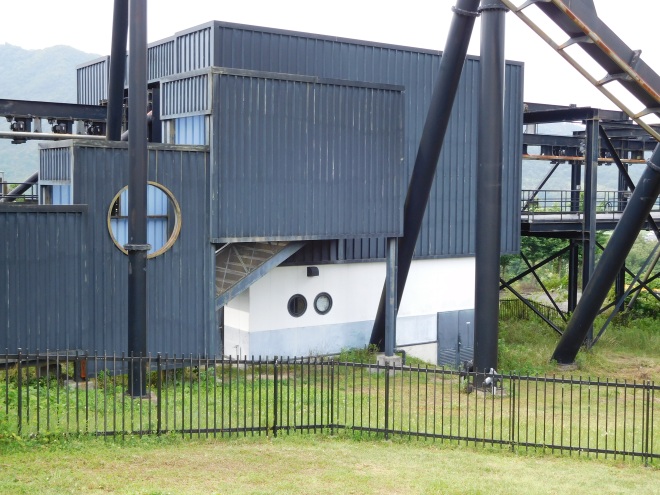 The station building.  The exit staircase is what you see under the black. 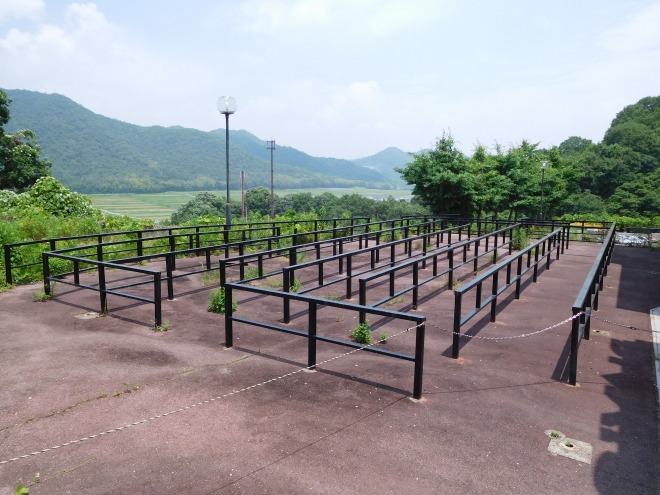 The entrance to the station. 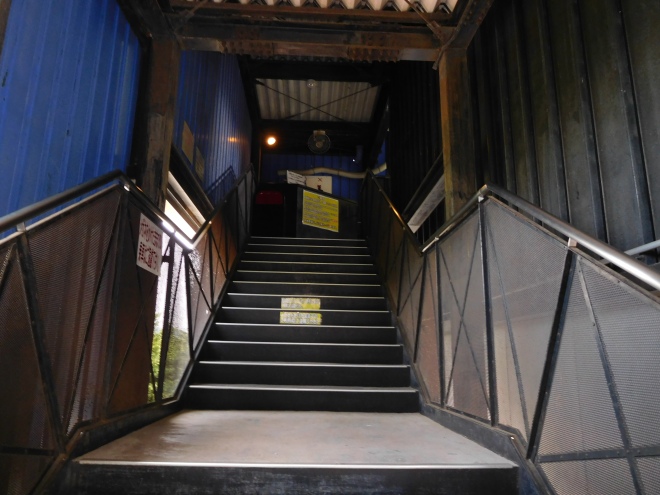 A sideview of the station.

The first three cars of the train. 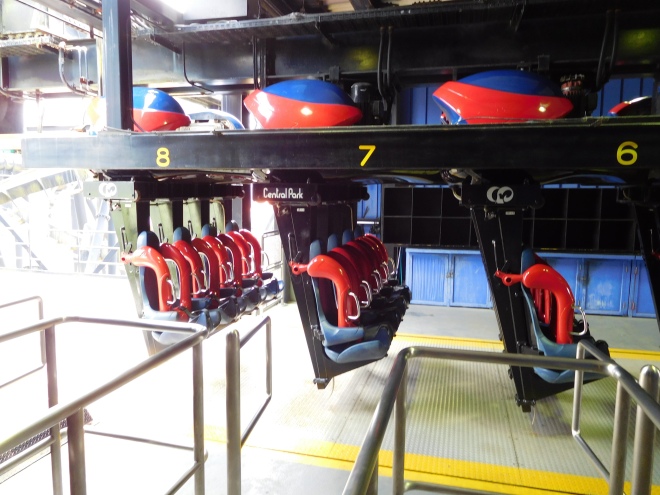 The back three rows.

The gorgeous train with recently replaced seats and harnesses.

The wheel covers use a similar shape to Batman: The Ride, but in red and blue. 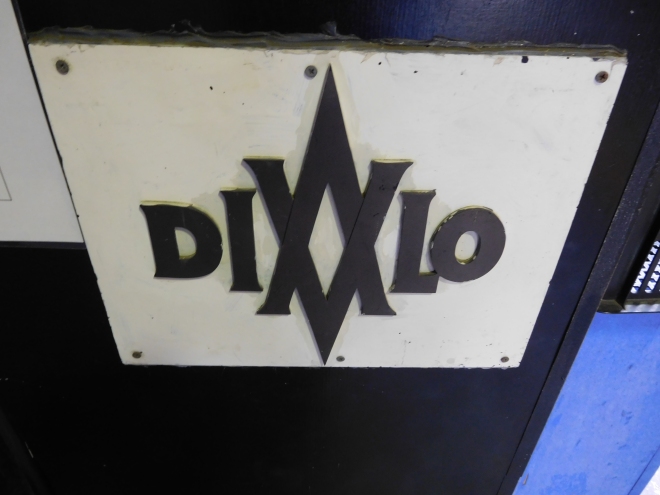 This alternate Diavlo logo appears at the exit.

The ride entrance and station building.  Notice the ride was built on a small slope. Picture appears courtesy of Flex.

Shot from the Ferris Wheel, you have this unusual point of view on the layout. Picture appears courtesy of Flex.

The ride selected location forced B&M to adapt the ride supports, as it was built on top of a hill and as a result of that, the area where the lift ends and where the first two inversions are is taller than the rest of the layout.  This means that it has the shortest Batman lift in the world per support height, but the ride statistics are the same for the drop, speed and inversion size.  Two trenches were built for the first Vertical Loop entrance and exit since we go below grade at that point.  On typical Batman: The Ride installations, we are quite high in the air instead at that point.

In this unique installation, the lift supports and the surrounding trees make the ride appear a lot smaller than it is in reality. Picture appears courtesy of Flex.

The hill at the end was graded to avoid digging more expensive trenches at the end. Picture appears courtesy of Flex. 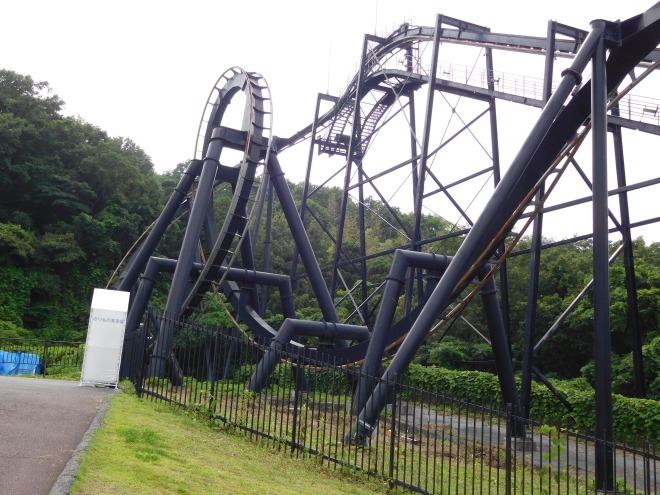 In this close-up of the first drop and vertical loop, you can see how close it goes to the trees.

You can see part of the trench at the bottom of the loop and drop.

The trench after the first Vertical Loop. 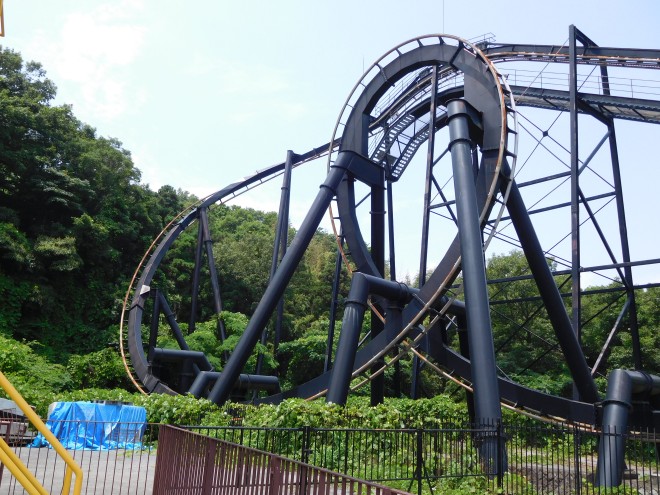 You can clearly see in this photo how the track goes below grade after the first drop. 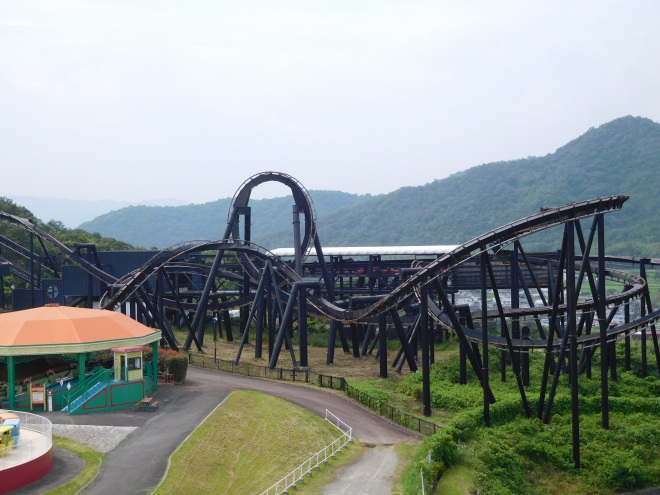 The ride second half, up in the air this time. 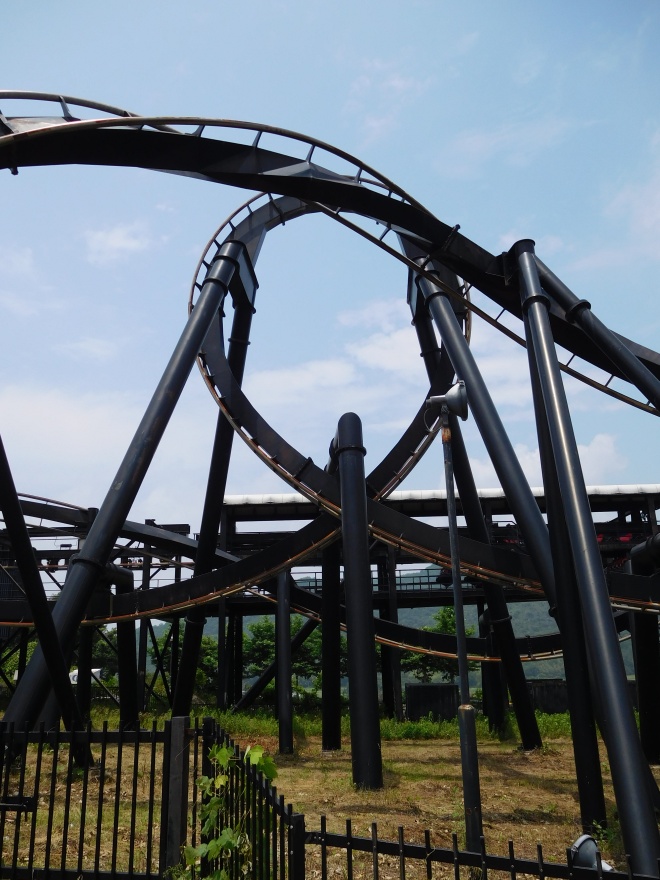 The second Vertical Loop with the first Flat Spin in front of it.

The same curve, in a side close-up.

https://parkvault.net/2021/06/13/upgrades-and-new-colors-for-the-wildcat-the-third-part-of-the-story-of-how-frontier-city-adopted-a-roller-coaster-from-missouri/
We just received this exceptional book about Philippe Bourguignon, the man who helped revive Disneyland Paris in 1993. We are writing a text about the beginning of Disneyland Paris and this will be invaluable help.
https://parkvault.net/2021/06/08/a-wildcat-appears-in-the-backwoods-the-second-part-of-the-story-of-how-frontier-city-adopted-a-roller-coaster-from-missouri/
https://parkvault.net/2021/06/05/nine-lives-of-a-wildcat-the-first-part-of-the-story-of-how-frontier-city-adopted-a-roller-coaster-from-missouri/
Anaconda at @kingsdominionva opened in 1991 and we purchased in 1992 a cap that included this neck cover. @ridewithace @sands_sansei_media @rollercoastersalesguy @mark_scott_rose #legacyofarrow
Did you know Moonsault Scramble had two trains? Learn more about #moonsaultscramble , the record breaking roller coaster that #takabisha in the photo replaced. @fujiqhighland. @premierridesinc and @intaminofficial are also mentioned in this article.
Loading Comments...
Comment
×
%d bloggers like this: